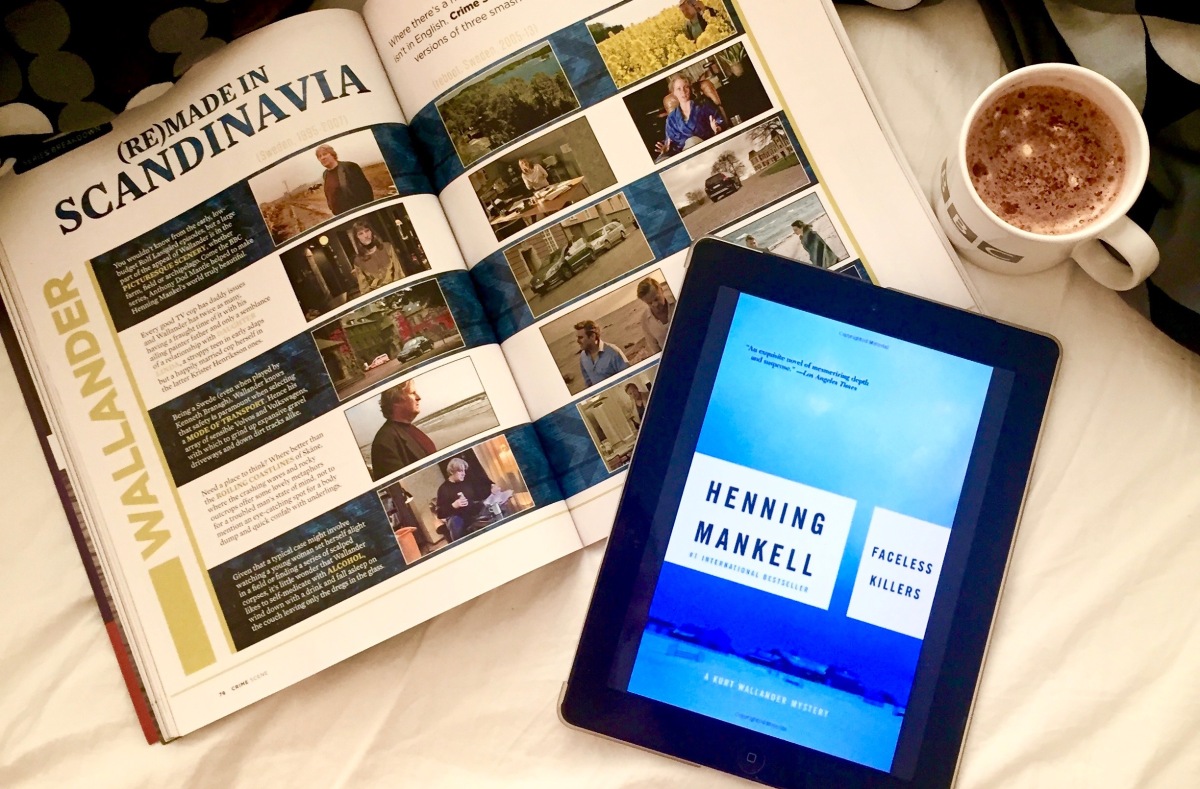 Quick Review: Absolutely read this; it’s dark and chilling and atmospheric, with many appreciable touches of messy reality and has a fairly satisfying finish. A good introduction to Kurt Wallander.

Kurt Wallander is a detective whose personal life is crumbling around him. At the same time, he is dealing with an incredibly vicious double murder of an elderly couple, and freshly-sparked tensions between local refugee camps and Swedish citizens. Wallander is forced to attempt to solve a mystery with almost no leads, while also trying to prevent suspicion about the refugees from escalating into mass violence.

Kurt Wallander is already a known entity to many; there are several adaptations for TV and radio, the most recently notable being Kenneth Branaugh’s take on the role as part of the BBC’s Wallander. Nothing, however, compares to reading these novels.

From the opening pages to the final resolution, this book was completely captivating. I found myself nodding along in sympathy with Wallander, pulled along by the lean narrative, and guessing what the next twist to the story would be. The BBC and Kenneth Branaugh did a wonderful job of adapting this story for television, and I had seen that previously. Regardless, it was perhaps an even more riveting experience to read.

You don’t often see crime novels discussed for their prose, but a special mention has to be made for Henning Mankell (and his translator) in Faceless Killers. The sentences capture the essence of your mental picture of the Scandanavian landscape in winter: bleak, crisp, minimal, and without anything unnecessary. It’s a series of almost brutally clean lines precisely engineered for maximum effect. There is just the right amount of detail to be chilling, just enough brutality to capture the attention – but does not, as many thrillers tend to do, dwell on the violence of the act. While it is mentioned several times, the graphic detail is unnecessary, and is therefore left out. It’s beautifully put together in that only-the-essentials way, and it drives the pace regardless of the dead ends that are hit, the digressions for Wallander to deal with his personal and family issues, and any exposition that has to be done.

I was fortunate enough to start this book just as winter hit; the crisp, cold, sub-zero days matched perfectly with the atmosphere of icy Sweden in the novel. Incredibly, one of the novel’s main topics is suspicion about potentially violent refugees, and how a great influx of refugees should be handled. It’s a perfect parallel to today’s global situation, despite having been published almost 25 years earlier. That fresh relevance served to make this book even more powerful.

As clean and crisp as Faceless Killers is, there are a few moments of imperfection: Wallander sees a lot more hands-on action than someone of his rank might, he’s injured on the job far more often than most investigative leads would be, and there are a few moments of him conveniently ending up in the right place at the right time. His relationship with the prosecutor is also strange. However, the realism is mostly commendable. He has to ask for resources and has them taken away again, the message system breaks down, he doesn’t really know how to work with an assistant. You see more glimpses of bureaucracy and more of the hard grind of police work that’s the result of hundreds of phone calls and hours of reviewing records that is typically glossed over. That grit adds to the necessary details that make this story feel entirely possible.

Absolutely would recommend this read with the warning that after you have started, it will be hard to walk away until you are done!