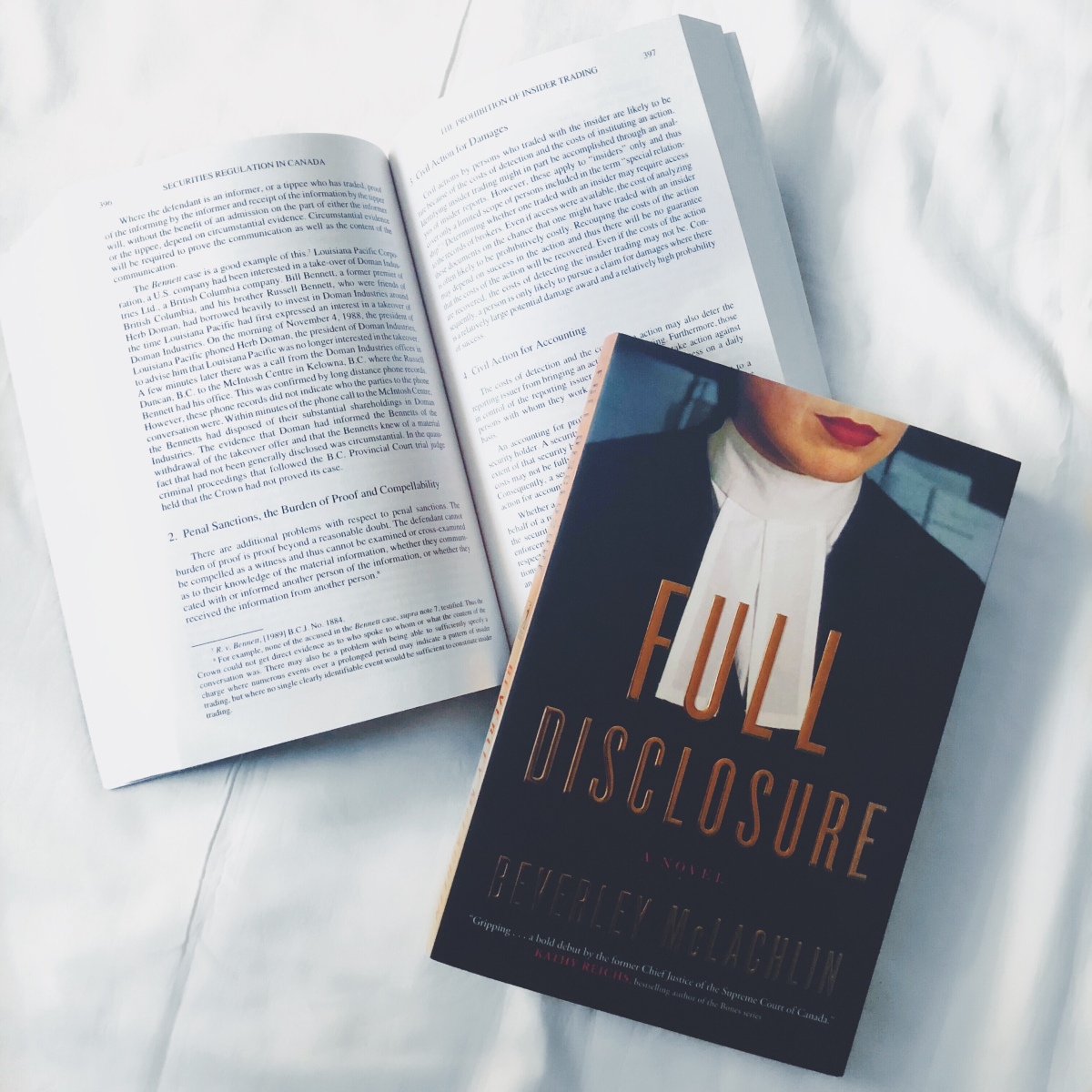 Quick Review: An excellently satisfying legal procedural with a solid mystery and the weight of reality lent to it by its author — the former Chief Justice of Canada.

There’s nothing Jilly Truitt likes more than winning a case, especially against her former mentor, prosecutor Cy Kenge. Jilly has baggage, the residue of a dark time in a series of foster homes, but that’s in the past. Now she’s building her own criminal defense firm and making a name for herself as a tough-as-nails lawyer willing to take risks in the courtroom.

When the affluent and enigmatic Vincent Trussardi is accused of his wife Laura’s murder, Jilly agrees to defend him, despite predictions that the case is a sure loser and warnings from those close to her to stay away from the Trussardi family. Determined to prove everyone wrong, Jilly investigates Laura’s death, hoping to discover a shred of evidence that might give the jury a reasonable doubt. Instead, she is confronted by damning evidence and uncooperative witnesses at every turn. Someone isn’t telling the truth, but who?

With her reputation and Vincent’s life on the line, Jilly tries to unravel the web of secrets surrounding Laura’s murder. As she digs deeper, she uncovers a startling revelation that will change not only the case, but her life forever.

FULL DISCLOSURE is Beverley McLachlin’s first novel; a legal procedural/mystery/thriller all rolled into one that is quite satisfying. One of the strongest elements of this novel is the procedural authenticity, which is to be expected — McLachlin’s is the former Chief Justice of Canada, the leader of the Supreme Court, and the first woman to hold the post in Canada.

McLachlin is also the longest-serving Chief Justice in Canadian history, and her familiarity with trial procedure shows in this novel. In fact, the Canadiana that she has included throughout this novel is so thorough that it borders on too much. But it’s easy to appreciate the realism in the trial process — she has no need to “spice it up”, the lawyers are not involved in gunfights or action sequences. Instead, she shows the satisfaction in the building of a case and unravelling of a mystery.

And the plot of this novel, while uncomplicated, is quite a satisfying read. While not all of the twists may be surprising, it is still gratifying to have your own personal suspicions confirmed (or not!). There is more than enough mystery here to keep you turning pages late into the night, needing to find out the answer.

McLachlin also helps with this urge with compelling, interesting characters, and quite an easy to read style. While she could not resist one case law reference, she creates a fantastic balance between readability and realism that really helps to make this a worthwhile and enjoyable book.

I picked up FULL DISCLOSURE for the novelty of reading the former Chief Justice’s first novel and was pleasantly surprised with a satisfying, very readable, and remarkably gripping story. If you are a fan of legal procedural, it is well worth adding to your reading list!