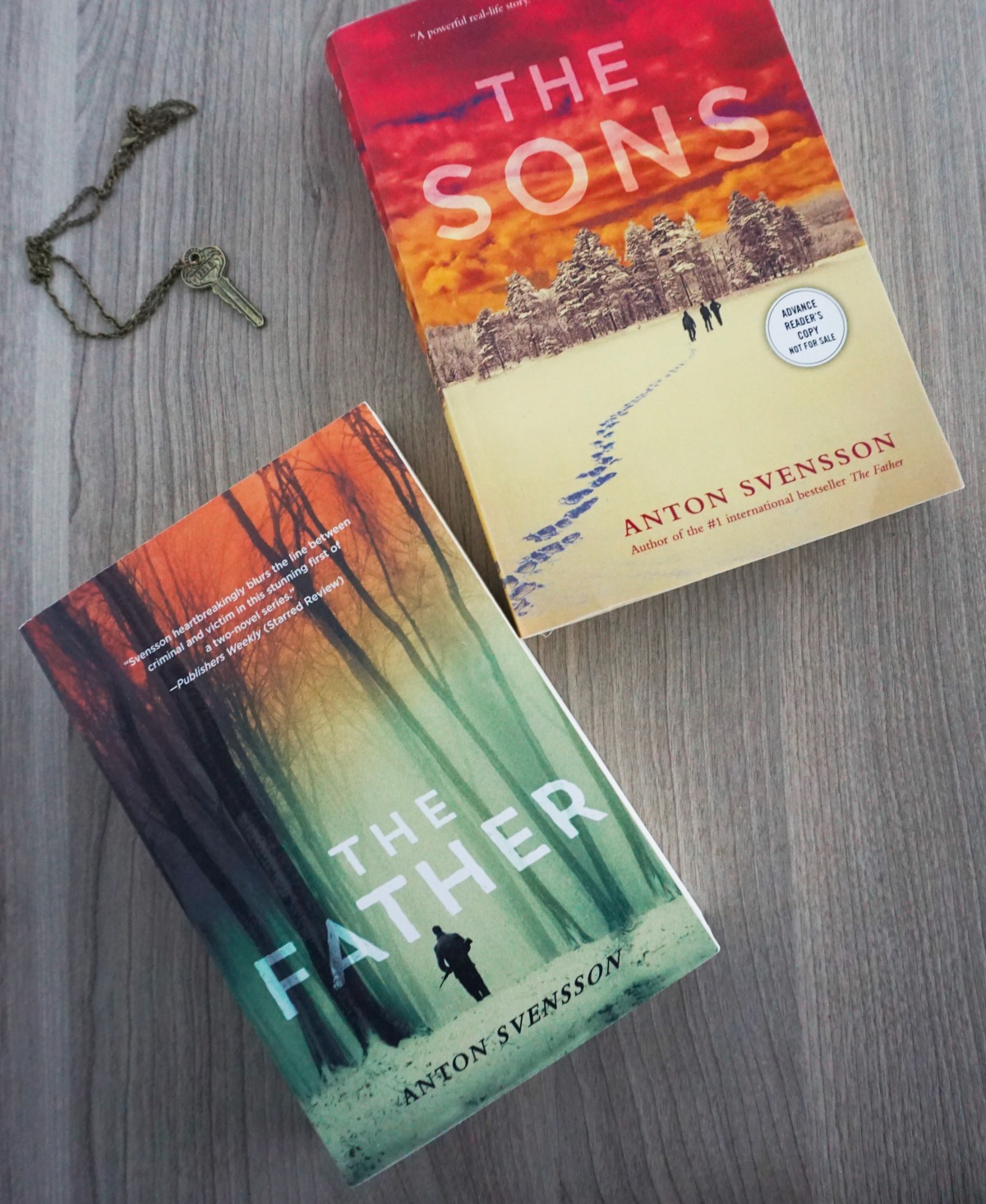 Series: Made In Sweden

Quick Review: A cinematic thriller with a complex emotional heart; a must-read for any thriller lover.

How does a child become a criminal? How does a father lose a son?

The Father is inspired by the extraordinary true story of three brothers who committed ten audacious bank robberies in Sweden over the course of just two years.

None had committed a crime before. All were under twenty-four years old. When their incredible spree had come to an end amid the glare of the international media, all of them would be changed forever as individuals and as a family. This intoxicating, heartbreaking thriller tells the story of how three boys are transformed over the course of their lives from innocent children to the most wanted criminals in Sweden. And of the man who made them that way: their father.

THE FATHER is a stunning novel of a family of bank robbers and the dynamics that shape them as people — and as criminals — over the course of their lives. It is the first novel of the two-part Made In Sweden series, which chronicles the family’s rise, fall and rebirth.

The relationship between THE FATHER and the second novel in the series, THE SONS, make both required reading for anyone wanting to pick up the story. While, strictly speaking, you could read them on their own, they are absolutely two halves of one story and should be read together if at all possible. THE FATHER is the one of the two novels easiest to read on its own, as it introduces the story.

This story is told though a mixture of flashback to the childhood of the boys and the present-day crime spree they are on. Their idea is a series of robberies – escalating from one to the next – until they finally take home the biggest score and can stop. It’s a clever plan, and well plotted. The flashbacks don’t hinder the pace of the story, but there is enough there to show the conditions that the boys grew up in, the personality of their father and how they reacted to it — both in the past and present.

And it’s a good thing that the pace is not slowed, as this novel is, at its heart, a heist thriller. It’s actually a very well done heist thriller. You feel like you are riding along for the robberies – with the breathless pacing and intricate team manoeuvres of a story like the Ocean’s movies… until personalities in the group start to create problems.

The emotional side of the characters, their differing perspectives and reactions to their shared childhood, and the way they are developed, is what takes this beyond your simple heist thriller to a novel where you deeply understand their perspective. The emotional side is often lacking in slick thrillers about break-ins and robberies, but it is absolutely not here. You don’t often feel like you understand what drives a person to rob banks, but here the reasoning is visceral.

THE FATHER is an absolute must-read for any crime or thriller fan; it is one of my favourite novels of the year so far. Pick it up and block off a few hours; prepare to be engrossed!